Home Boston LifestyleWhy Boston? Moving to Boston: What you need to know!
Why Boston?

Moving to Boston: What you need to know!

Prior to moving to Boston, 2017 was by far one of the most challenging years for me. It was filled with sudden ups and downs which just goes to show that you never know where life may lead you. My necessary relocation from Houston brought me to my rural hometown in Pennsylvania and led me towards a career in freelancing. While I loved that I got to spend time with my family, rural PA has never been where I belong. As a natural researcher, I decided that in my spare time I would travel and figure out which city or town would be the most suitable to lay down roots. After a few trips, I discovered that Boston was the best option and I have no regrets thus far! My new life in Boston has essentially led me to relaunch and niche down this blog, so I hope you will enjoy. Now let’s get into what you need to know before moving to Boston!

Why should you move to Boston?

Boston is extremely walkable overall and there are sidewalks everywhere. You don’t have to walk on the street or worry that you’ll get hit by a car for the most part. While Boston is a city, it is relatively small so it’s entirely feasible to do an extra long hike across the city, but be sure to wear your walking shoes! I’ve already done a turn from Back Bay to the North End all the way to Southie.

Boston has fairly decent public transportation. The locals may complain about it, but I think it’s pretty good compared to other cities I’ve visited. You can take the Boston T to most places in the city. The green lines in my area are slower because they are above ground and have to comply with the traffic signals, but I actually quite enjoy them because you can see the city. Think of it like a scenic tour. However, the red line, for instance, is mostly underground is far faster. This line serves the Cambridge area where Harvard is located down to Alewife. There are several other lines serving the Boston area as well. Learn more. Another thing I love how you can easily venture outside Boston by using the commuter rail system. Personally, I love taking trips to Salem, Massachusetts!

Disclosure: This post contains affiliate links where I may receive a small commission from the company if a purchase is made at no extra cost to you. I only recommend the services or products that I use and love. 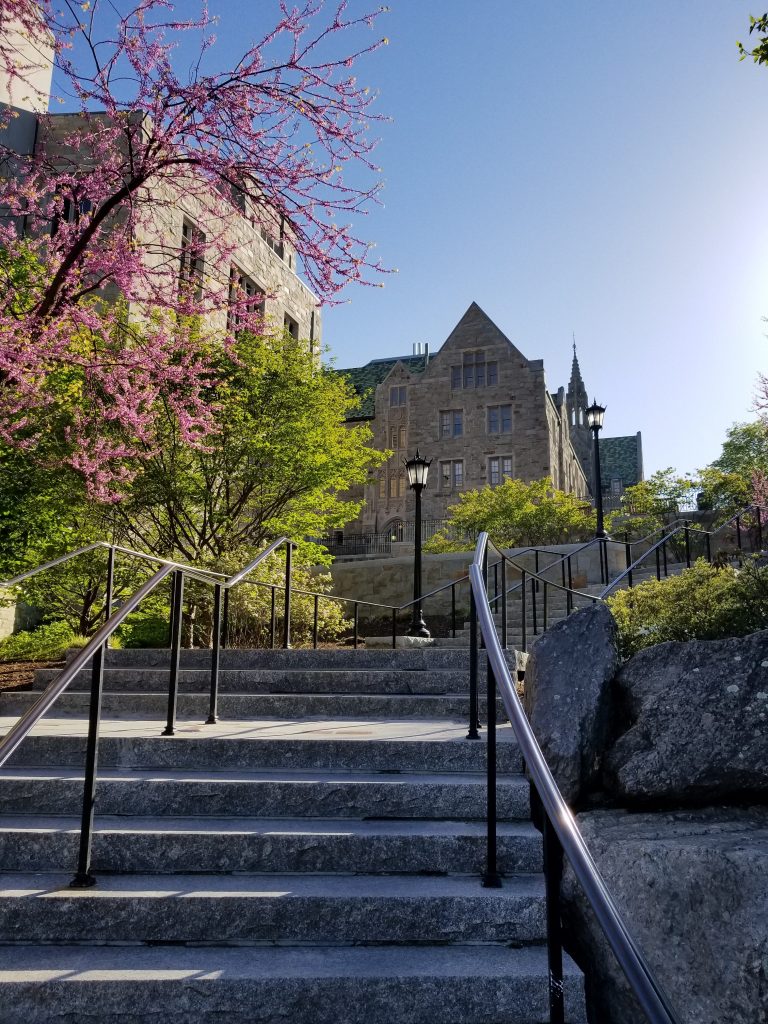 Currently, I am earning my master’s in higher education administration, so what better place to move than a hub for universities! There are 35 colleges in the Boston area, which is one of the major factors in my decision to move here. So if you are interested in taking some classes or getting a university job then you would definitely be in the right environment.

Boston has so much history as it was founded back in 1630, and has a constant stream of tourism throughout the year. Naturally, some of the buildings are quite old and beautiful. Take the historic brick houses in South End or Back Bay for example. Living in one of these sought-after homes comes at quite the price (to buy think millions), but you can enjoy them for free by taking a stroll in the South End or walking along the shops on Newbury Street.

Single in a new city? Well, there are plenty of singles in the Boston area. Check out the nightlife, join a club, or take part in a local meet up to mingle with some of the locals and possibly find your soulmate. 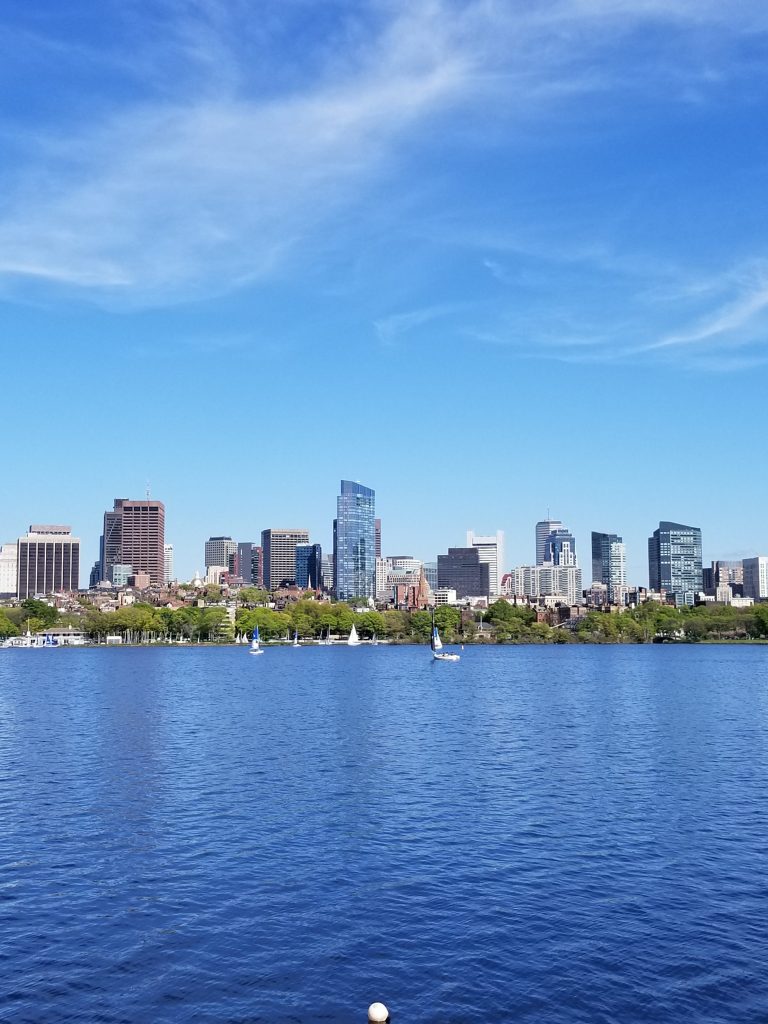 Autumn is an extraordinary time to visit New England. The leaves are all painted various colors and you can always take the train from Boston to visit Salem for their famous Haunted Happenings Festival.  This will be my first year actually living in Boston during the Autumn season so expect plenty of spooky fun pictures from my Instagram!

Best Time to Visit Cape Cod on a Budget

Every city has its drawbacks…

This part could be an entire blog post on its own. The high demand for housing in Boston has unfortunately resulted in increasing rental costs across the city. It is not uncommon for people to use 30 percent of their yearly salary on rent alone. How can you work around this? Being new to the city, I decided to housesit in the Boston area to figure out which area of Boston was best for my happiness and my bank account. I discovered I really liked the Brighton/Brookline areas because it’s quieter yet still accessible to Boston by public transportation. While it’s on the slower green-line trains, the prices were lower than what you would find in Back Bay or South End.

Other areas worth noting for lower prices are Somerville or Watertown. Be mindful of ads online because some apartments require broker’s fee, first-month rent, last month rent, and security deposit up front. Yet, this is not always the case. For example, I found a roommate with an open room and my landlord only asked for first and last month’s rent up front. Plus I can have my cat for free. Do your research and don’t be afraid to ask questions when viewing apartments.

If you love to drive…

Besides the cost of parking, there is are major drawbacks when it comes to driving in Boston. This historical city simply wasn’t created with cars in mind and instead as the myth goes was built according to cow paths. Either the result was poor urban planning and complex roadways. So unless you have a horse and buggy, you will have to contend with a lot of one-way streets, stand-still traffic, and angry drivers during rush hour.

Think the apartment is the only thing that costs a lot in Boston? Think again! There are limited parking options in the Boston area, and if you don’t live further out then you will most likely have to rent a parking space. Personally, I don’t have a car anymore, but my friend rents his for roughly $185.00 per month. Ouch! However, there are some apartments that rely on free street parking such as the ones along Commonwealth Ave. As always though, it’s first come, first served so that is something you will have to keep in mind.

It’s no secret that Boston has some rough winters. If snow, ice, and being stuck inside aren’t your cup of tea, then you may want to consider a sunnier place to call home. If you can handle the winters, then Boston can be an ideal destination for the holiday season. This city is so charming and beautiful that it’s the quintessential winter wonderland.

Despite the flaws, I still feel that Boston is a great city with a lot to offer. I’ve been living here a week and still do not regret my decision. I hope you might love Boston just as much as I do. Do you have more questions about living in Boston? Leave me a comment below and I will do my best to write a blog post about it.

Hello everyone! I am a Boston based blogger that loves all things travel and lifestyle. You can usually find me working away at my university job, snapping pictures, thrifting, or trying out some new recipes.

Hi! I have one more year of my undergrad left and I am very interested in moving to Boston after I graduate. After living here for a few years, what are some more tips you can share about moving to/living in Boston. Also, do you have any tips that are particularly for young adult women living in Boston(specifically safety). Thank you!

Hi Mary,
Congrats on your plans to move to Boston and your upcoming graduation! Boston is a wonderful city and I couldn’t recommend it more. The city is so walkable and easy to get around. In terms of safety, I’ve never had an issue here. I always just suggest that everyone use general street smarts like go out with a buddy late at night. If you have to be out late solo then take an uber, always check the plate number, share your ride, and check in once you get home. These tips could be used in Boston or pretty much any town. If you feel more comfortable then, of course, you can always carry pepper spray, but I’ve never had to use mine. If you want to avoid the rare catcallers then I usually walk with my headphones in but the sound off of course so I can hear cars. This always works. But again, don’t worry too much. This city is a great place and you will thrive here. Pennsylvania born, educated in Maryland, worked abroad in Seoul, and now working in higher ed in Boston, Massachusetts! My unconventional life path is a part of who I am and I wish to connect with others by sharing travel and lifestyle posts.